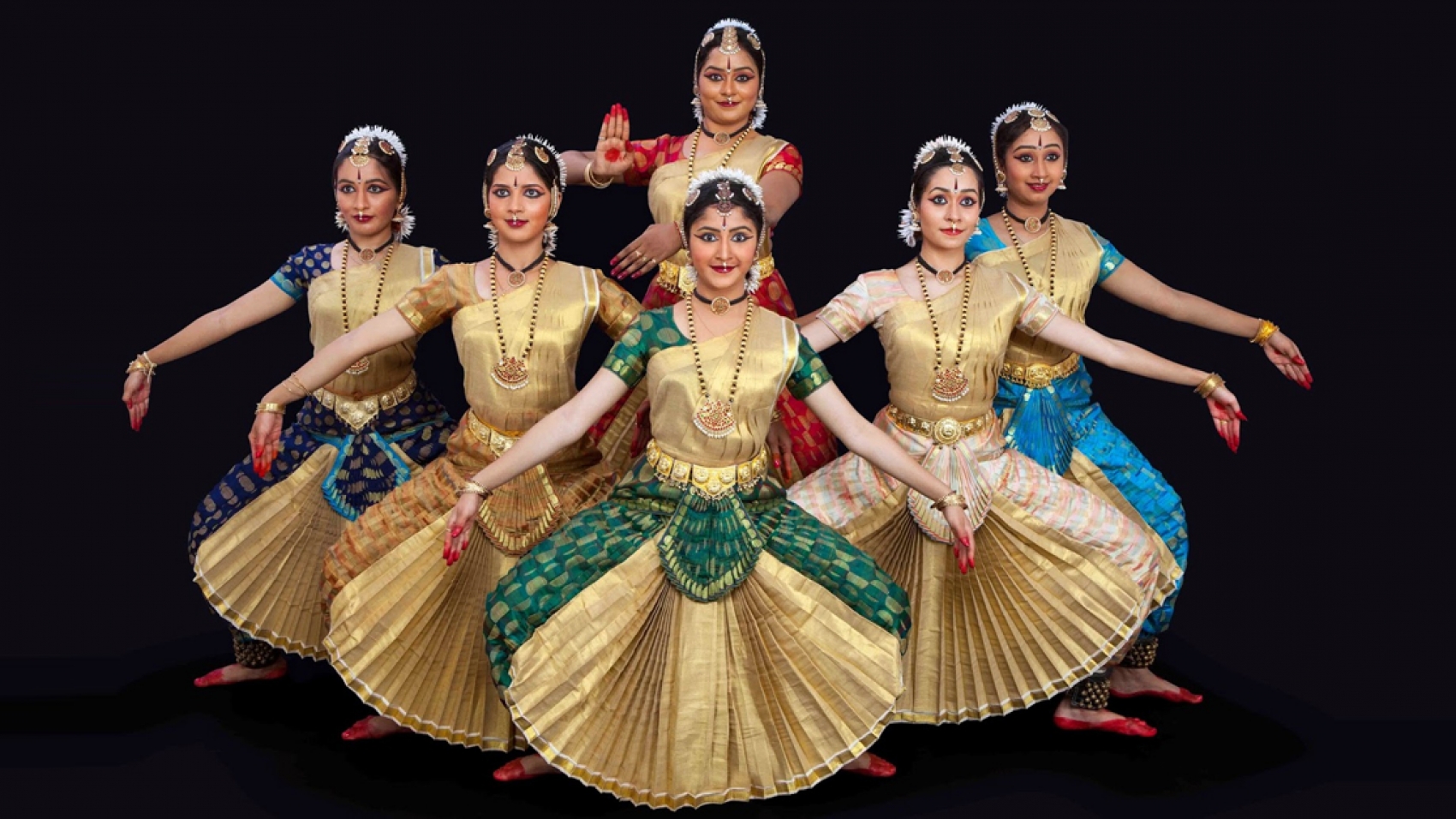 Natyaalaya Institute Bangalore by Mr. Dinakar now introduces various fusions and props of belly dancing which can be done at the beginner’s level. Usually drum solo is done in most belly dance schools after completing either the intermediate stage or advanced stages of belly dancing. But ‘drum solo’ in itself is so attractive and interesting and is usually every belly dance artists calling that we have now introduced a course in basic drum solo which can be done right after the Beginner’s course. It was something that just had to be done as almost 90 percent of our beginner level students just want to learn ‘Drum Solo’ and keep asking when their time will come to learn this beautiful part of belly dancing. So on popular demand we at Natyaalaya Institute Bangalore by Mr. Dinakar launch “BEGINNER’S DRUM SOLO”.

On stage the dance is performed by one or more dancers who depict Nritham, Nrithyam and Natyam.

The dance form is composed of:

The performance starts with prayers to God Ganapathi and worship of Nataraja,the Lord of all dance forms . The dances performed are ‘Alarippu’, ‘Jathiswaram’, ‘Sabdam’, ‘Varnam’, ‘Padam’ and ‘Thillana’ending with a ‘Mangala Slokam’.

Normally the performance lasts for about two and half hours.The rich traditional costume of Kanchipuram and Banaras silk with gold thread borders make the dancers look like heavenly apsaras or yakshinis. The dancers also wear a lot of gold ornaments like necklaces, earrings, bangles and rings,jasmin garlands in the hair and strings of small bells on their feet. The elaborate makeup of the dancer enhances their eyes and makes their face radiant and beautiful.

The music of Bharatanatyam is based on Carnatic classical style with Indian musical instruments such as the Veena, Flute, Mridangam and Violin. The dance direction is done by ‘Nattuvanar’ giving the Thaalam using hand symbols and singing ‘Vaaythari’. There could be two singers also.