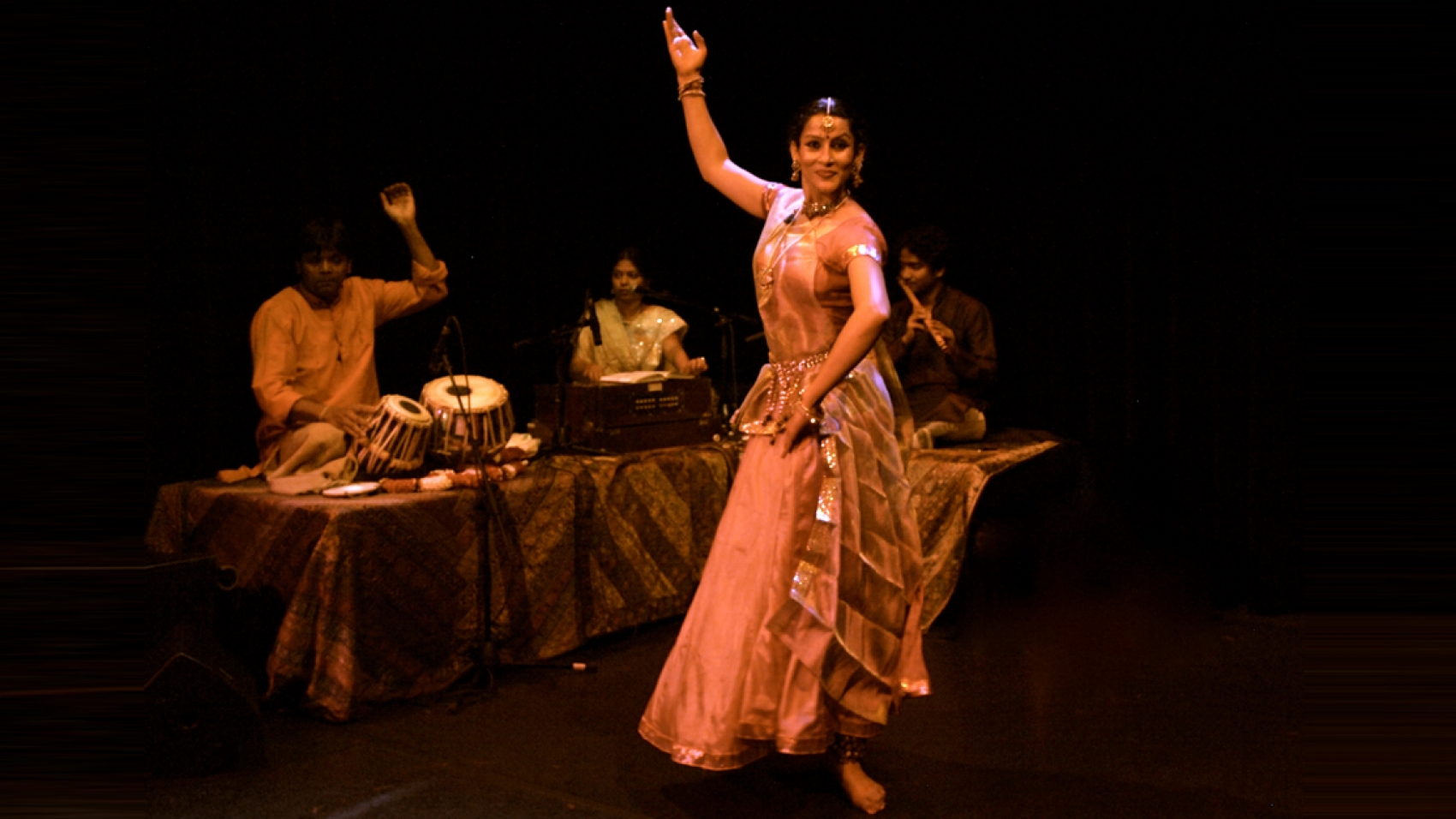 Natyaalaya Institute Bangalore by Mr. Dinakar now introduces various fusions and props of belly dancing which can be done at the beginner’s level. Usually drum solo is done in most belly dance schools after completing either the intermediate stage or advanced stages of belly dancing. But ‘drum solo’ in itself is so attractive and interesting and is usually every belly dance artists calling that we have now introduced a course in basic drum solo which can be done right after the Beginner’s course. It was something that just had to be done as almost 90 percent of our beginner level students just want to learn ‘Drum Solo’ and keep asking when their time will come to learn this beautiful part of belly dancing. So on popular demand we at Natyaalaya Institute Bangalore by Mr. Dinakar launch “BEGINNER’S DRUM SOLO”.

Kathak has the endearing aspect of weaving through simple language and mneumonic syllables (bols) stories of Gods and Goddesses, love and might, also day to day simple chores like filling a pot of water or the churning of butter. As you will witness in any dance of kathak – one moment of energetic burst, and another of emotional rendering…the ghungroos reverberate to rhythms and emotions…

Some of the special items that are featured in a kathak recital are Thumri, Bhajan, Dadra, Ghazal, Tiruwat & Tarana.

Students receive sound training in the practice and theory of Kathakali. Natyaalaya is dedicated to promoting Indian dance in keeping with the strict traditions of the ancient arts.